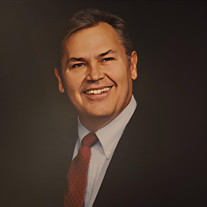 William (Bill) A Prim, 79, went to be with The Lord, his parents and his sister, Jo, Tuesday, October 5th, 2021. He passed in the comfort of his own bed and was released from health issues that he suffered with for the past year. He was born Saturday, December 6th, 1941 to his loving parents, Jack G. Prim and Beatrice Tiner Prim at their home in Tishomingo, Oklahoma. They owned Prim's Grocery Store on Main Street and raised Bill's sisters, Jaqueline and Jo, during The Great Depression. Bill's father then served in WWII while Beatrice cared for their children. Bill's sisters also looked after him as he was 11 & 9 younger than them and they loved him very much. They called him Billie. Several years later, the family moved to Oklahoma City where Bill met his best friend of 70 years, James, who thought of Bill like a brother, in 1952 at church. As a young teenager, Bill's father bought him a motorcycle which invigorated his love for personal freedom and he was hooked for the rest of his life. Even today there is a beautiful motorcycle in the garage of his home which he took out for a ride not so long ago. As a boy, he was responsible for a paper route and he and his nieces mastered paper folding. As a teen student, Bill worked for a pharmacy making deliveries on his motorcycle. He graduated from Northeast High School and Central State University with a major in Accounting and only one class short of a second major in Chemistry. He loved Science Lab and experimenting with chemical reactions which led to a couple of very interesting stories. He really liked taking pictures and developing the film onto thick photo paper in his home dark room and he was a small plane pilot who had a true passion for aircraft and flight. While working in Texas and Colorado, Bill regularly flew his plane back home to see his beloved mother. Bill's Accounting career was in the Oil & Gas field along with owning a farm, a laundromat, a hotel and trading stocks & commodities. He was incredibly intelligent and articulate. He always said, "A degree is not necessary because as long as you can speak the English language well, you can be very successful". He ran the projector at Lakeside Theatre and met a beautiful concessions girl named, Darlas Elaine Galbraith Magill. He would get free popcorn there and the first thing Darlas ever said to him was, "Aren't you a little chubby to be eating that popcorn?" He loved her wit and charm. They married in 1964 and had a daughter, Stacy Michelle, in 1966 followed by a son, Kevin Allen, in 1969. Bill and Darlas divorced in 1974 but worked together to always put their children first. Years later, he met a lovely lady named, Sharon Beth Matteson at work in Denver, Colorado and there was an instant connection. They married in 1979 and had a daughter, Rebecca Grace, in 1981. Despite the hurdles of a blended family, there was a fullness in the home because Rebecca was a true gift. He knew that he was saved by the grace of Jesus Christ and loved his family, his dogs, his motorcycles and airplanes, tinkering on engines and dancing. Especially to Elvis Presley, Classic Oldies and great old Country songs. He called his slow dances, "belly rubbin'" For the next 40 years, Bill continued to have a very blessed life surrounded by family and friends who loved him and who were equally blessed by his wisdom, humor, jovial nature, interesting perspectives and the genuine advice he always offered whether it was solicited, or not. He is survived by his sister, Jacqueline, his 3 children, Stacy, Kevin and Rebecca, his 9 grandchildren, Brandon, Tyler, Sage, Tyler, Connor, Christina, Lily, Ariel and Leonidas and his 2 great grandchildren, Hudson and Everleigh. Services will be held Tuesday, October 12th at DeArman Funeral Home, 103 E Cherokee St. Wynnewood, Oklahoma 73098. Viewing will be from 9 AM to 1 PM and the Service at 1 PM followed by the burial at Block 24a in the 1945 Edition of the Oaklawn Cemetery, Wynnewood, Oklahoma It will also be Livestreamed on Facebook. Search DeArman Funeral Home - Wynnewood, Sulphur, Stratford Cover Page is the Sun over a body of water. Afterwards, please bring a dish or dessert to share and join us at The Simmons Bank Community Room, 201 S Dean A McGee Ave, as we visit and celebrate Bill's Life Journey.

William (Bill) A Prim, 79, went to be with The Lord, his parents and his sister, Jo, Tuesday, October 5th, 2021. He passed in the comfort of his own bed and was released from health issues that he suffered with for the past year. He was born... View Obituary & Service Information

The family of William (Bill) Prim created this Life Tributes page to make it easy to share your memories.