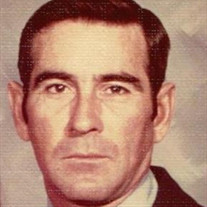 Wendyl Dewayne Colson was born January 7, 1938 in Lebanon, Ok to Johnie and Bertha (Massey) Colson. He was the youngest of six children. Wendyl grew up primarily in Pauls Valley, Ok and graduated from there in 1956. He spent his younger years being spoiled by his older sisters, who thought he did no wrong. In his late teens he took to the rodeo circuit. He was a world class bareback and bull rider. He was well on his way to being World Champion when a bull fell on him in Cowtown, New Jersey when he was 19 years old. After several months of rehabilitation, he attempted to return to bull riding, but his injuries were too extensive. Wendyl then started working in the oilfield and painting water towers before beginning his career with Kerr McGee Corporation in Wynnewood, OK. It was while he visited Crescent Drug Store that he met the love of his live, Mary Lindsey. They were united in marriage February 21, 1970 at the First United Methodist Church, Wynnewood, OK. In 1971 they welcomed a beautiful baby girl, Penny, followed by another beautiful baby girl, Nicole, in 1973. They made their home out in the country where they enjoyed watching the cows, fishing and sitting on the creek bank on Saturday nights shooting skunks. He passed away June 30, 2020 in his home surrounded by his loving family. Wendyl retired from Kerr McGee after 30 plus years of service. He loved the Lord and was saved at a young age in the Pauls Valley First United Methodist Church. Wendyl was a very proud PaPaw and loved to talk about his favorite red headed granddaughter. Wendyl is preceded in death by his parents, two brothers Jesse and Wilbur (Rip), and two sisters Delia Winget and Margaret Smith. He is survived by his wife Mary of the home, daughters Penny Harmon and husband Kevin of Wynnewood, OK and Nicole Ray and husband David of Canyon, TX. Grandsons Chance Harmon of Davis, OK, Colton Harmon of Norman, OK, Bryson Ray of Canyon, TX, Davis Ray of Canyon, TX and his only granddaughter, Caitlin Harmon of Wynnewood, OK. Sister, Mary Lou Walker of Lexington, Ok and numerous nieces and nephews. Wendyl will be remembered for his crooked little grin and being a man of few words but when he did speak you better listen because it was either something important or something funny. While he leaves a huge hole in our hearts we know he is bucking bulls in heaven and talking with his Lord and Savior, Jesus Christ. Services will be held on Friday July 3, 2020 at 10:00 AM graveside at Oaklawn Cemetery in Wynnewood officiated by Keith Huitt. Services are under the direction of DeArman Funeral Home of Wynnewood. Please send online condolences to www.dearmanfuneralhome.com

Wendyl Dewayne Colson was born January 7, 1938 in Lebanon, Ok to Johnie and Bertha (Massey) Colson. He was the youngest of six children. Wendyl grew up primarily in Pauls Valley, Ok and graduated from there in 1956. He spent his younger years... View Obituary & Service Information

The family of Wendyl Dewayne Colson created this Life Tributes page to make it easy to share your memories.