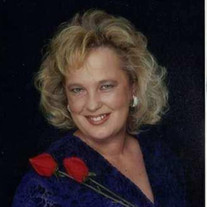 Starla Kim Kinard-Aston was born to Donald Ray and Patricia Ruth (Carter) Kinard in Woodward, Oklahoma on December 13, 1959 and passed from this life on Tuesday, July 14th, her brother Zanes’s birthday. Starr spent her early years in California until her parents moved the family back to Oklahoma to be near relatives. She attended Wynnewood Schools until her first marriage to Mike Carter in January of 1977. Starr finished high school in Sulphur graduating in 1978. She spent much of her young adult life working various jobs to help support her growing family. Starr and her second husband, Kenny Beaty, settled in Wynnewood to raise the children. Throughout the years she worked as a housekeeper, waitress, bartender, and in quality control at Xenell for several years. Starla loved soaking up the sun and lived briefly in Florida in the early 1990s. Starla was active in PTA where her creative talents were utilized. She was very crafty and artistically gifted. Starr’s creativity and abilities served those around her. She loved to decorate and throughout the years helped with Halloween spook houses, in recent years she decorated for Vacation Bible Schools. She loved gardening, canning and enjoyed her flower beds. Starla also loved camping, garage sales, and was an avid collector. Significant to her mid-life careers, she owned the Downtown Diner and managed the Fullhouse Tavern, both in Wynnewood. Starr eventually furthered her education earning an Associates of Science Degree from Murray State College where she remained an honor roll student. She went on to attain a Bachelor’s Degree in Human Resources from East Central University. Starla loved holidays, as well as, spending time with her family, friends, and extended work family. She especially enjoyed spending time and having conversations with her son, Justin. She cherished spending time with her grandchildren. She always had a special bond with her dad Don. Later in life Starr married Sidney Claude Aston on July 26, 2002 in Van Buren, Arkansas. Starr was preceded in death by husband Sidney Claude Aston and mother Patricia Ruth Kinard. She is survived by her father, Don Kinard. daughter Brandy Baldwin and husband Danny of Chigley, daughter Shanon Norton and husband Preston of Oak Grove, and son Justin Carter of Sayer, her grandchildren Rachel, Levi, and Luke Norton, Coby Carter, Kyler, Jimmy, and Brandon Baldwin, Cynthia Munoz, Xaydah White, and five great grandchildren. Additionally, Starr was survived by siblings Zane Kinard, Shelly Cartwright and husband Chris, LoAney Blackburn and husband Mike, C.E. Kinard and wife Tanna, and several nieces, nephews, aunts, uncles, and cousins. Starr was a blessing to those who knew her and will be greatly missed. Visitation; Thursday Evening July 16, 2020 from 4-6 at DeArman Funeral Home Wynnewood, OK. Graveside Services; Friday July 17, 2020 10:00 AM in Oaklawn cemetery Wynnewood, Oklahoma. Officiating: Rev. Lloyd Christensen.

The family of Starla Kim Kinard-Aston created this Life Tributes page to make it easy to share your memories.