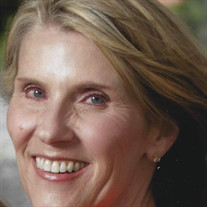 Sharion Elizabeth Austin was born on November 6th, 1952 to Frank and Elizabeth Alexander in Miami, Oklahoma. Shortly after, she moved to Bartlesville, Oklahoma where she attended K through 12 and graduated from Sooner High School in the spring of 1971. That last semester was when she met what would become her high school sweetheart and spend the next 52 years sharing her life. Following graduation, she was accepted to Northern Oklahoma College very first class of nursing. In 1973 she graduated N.O.C. Registered Nursing Program. Sharion was 20 years old, the youngest in her class. In that same year she married her high school sweetheart Ronald Eugene Austin. On June 2, 2021 they celebrated their 48-wedding anniversary. Sharion worked the next 6 years at Moore hospital. She was a floor supervisor nurse and in charge of labor and delivery. During this time her son Ryan and daughter Tara were born. She took on the role as mother, wife and breadwinner for the next 4 years as her husband attended dental school. The family moved to Tishomingo in 1979 and she continued to work as office manager for the dental practice and raise two wonderful children. Sharion was very active in the community especially caring for kids. She was a youth leader in the Tishomingo United Methodist Church, headed various booster clubs and organized the first all night after prom activity. She was awarded ‘Citizen of the Year’ in 1993. Sharion, like her daughter, had a big heart and was constantly giving to others. Sharion’s outward beauty was only exceeded by her inward loving soul. Sharion passed away to the Lord’s open arm followed by a very joyful reunion with her daughter, Tara on September 20, 2021. Sharion death is preceded by her parents and daughter Tara Parks. She leaves behind her husband Ron of the home; her son Ryan of Tishomingo; son-in-law Dr. Justin Parks of Ravia; daughter-in-law Julie Austin of Ardmore; six beautiful grandchildren, Rylie Austin 20, Lauren Austin 18, Katy Parks 17, Ella Parks 15, Mary Grace Parks 13, Justin Ray Parks (JR) 9; three brothers, John Alexander and wife Kathy of Broken Arrow, Frank Alexander and wife Karla of Oklahoma City, Mike Alexander of Oklahoma City and one sister Aleta Frank and husband Curt of Chicago. She also leaves behind her sister-in-law Vicki Auld and her husband Matt of Lake Lotawana, Missouri; brother-in-law Bill Austin of Tulsa. Along with numerous cousins, nieces, nephews, and loving friends. Funeral Services to honor and celebrate her life will be held at 3:00 PM Saturday, September 25, 2021 at the First United Methodist Church in Tishomingo. Family hour will be held at DeArman-Clark Funeral Home on Friday, September 24 from 7:00 – 9:00 PM.

Sharion Elizabeth Austin was born on November 6th, 1952 to Frank and Elizabeth Alexander in Miami, Oklahoma. Shortly after, she moved to Bartlesville, Oklahoma where she attended K through 12 and graduated from Sooner High School in the spring... View Obituary & Service Information

The family of Sharion Elizabeth Austin created this Life Tributes page to make it easy to share your memories.

Sharion Elizabeth Austin was born on November 6th, 1952 to Frank...