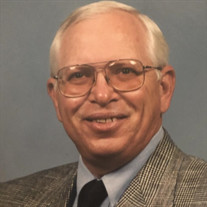 Roger was born August 19, 1949 in Wynnewood, OK to Oren & Loretha Risenhoover. After graduating from Wynnewood High school in 1967, he went to barber school in Oklahoma City, OK. It was after he graduated from Barber school in 1968 that he followed in his father's footsteps and enlisted in the Army during the Vietnam War. He was stationed at Sandia Army Base in Albuquerque, New Mexico as an MP. In March 1969, while out with friends from the base, he met the love of his life, Brenda Spicher. On March 6, 1970 in Albuquerque they were married and so began their love story. In 1971, he was discharged and they relocated back to Wynnewood, Oklahoma where they would make their home and eventually raise both of their children. Roger was a barber in downtown Wynnewood from 1971 until 1977. On July 7, 1977 he started working at Kerr McGee Refinery (which later became Gary Williams Energy) where he would work for 23 years until his health prevented him from working further. Roger loved his Wynnewood Savages and traveled all over the state to watch football under the Friday night lights. If it was a big game, he would show up hours prior to the start of the game to save seats for his family. On Saturdays in the fall, he could be found in front of the TV either cheering or yelling (depending on who was winning) watching his beloved OU Sooners. Later in life, you would find him in the stands at the OU games (rain or shine or zero degree weather),not so much for the football, but to watch first his oldest daughter then was joined by his youngest daughter, march in the Pride of Oklahoma Marching Band. Roger was an avid outdoors-man. You could find him fishing in Ruppe's ponds, fishing off his boat at Arbuckle Lake, hunting, or playing 100 holes of golf (from sun up to sun down). He was known for his sense of humor and loved a good practical joke. But above all, his love for his wife, his family, and the Lord outshone them all. Roger is survived by his wife, Brenda of Fort Worth, Texas; his daughters Amy Duke of Arlington, Texas; Carrie Cleaver and her husband Daniel of Fort Worth, Texas; his 3 grandchildren, Lauren Duke, Carson Cleaver and Cade Cleaver; his sister, Connie Fannon and husband Doyle of Moore, Oklahoma; his brother-in-law Russell Spicher and his wife Mary of Albuquerque, New Mexico; numerous aunts, uncles, cousins, nieces, nephews, and friends. Services will be held on Saturday, September 21, 2019 at 1pm at the First Baptist Church in Wynnewood, Oklahoma. Graveside service will be held after the service at the Elmore City Cemetery. The family asks in lieu of flowers that a donation be made in Roger's name to the Ardmore Veterans Center/ Patient Benefits located on Commerce Street, Ardmore, Oklahoma. Services are under the direction of DeArman Funeral Home of Wynnewood, OK. Condolences can be sent to www.dearmanfuneralhome.com

Roger was born August 19, 1949 in Wynnewood, OK to Oren & Loretha Risenhoover. After graduating from Wynnewood High school in 1967, he went to barber school in Oklahoma City, OK. It was after he graduated from Barber school in 1968 that he... View Obituary & Service Information

The family of Roger Dale Risenhoover created this Life Tributes page to make it easy to share your memories.