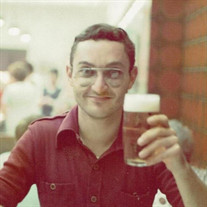 Robert “Bobby” James Whiteaker, born December 5, 1949, died in his home in Pauls Valley on July 2, 2021 at the age of 71 years, 6 months, and 25 days. Bobby was raised in Wynnewood where he graduated high school in 1968. He attended college at OU and North Texas University studying music. He served in the United States Army and traveled around Europe in the Army Marching Band. He returned to Wynnewood where he married Jackie Thomasson of Davis, OK and had two daughters, Laura and Rebekah. He worked at the United States Postal Service in Pauls Valley for many years, carrying mail and delivering a smile to everyone in the community. He loved to fish, watch OU football, and above all, to listen to good music, especially the Blues. He is survived by his daughters, Laura Gainey and husband Michael of Oklahoma City and Rebekah Robertson and husband Harold of Purcell, and by his grandchildren, Della Jean, Waylon, Walker and Ayla. He is also survived by his brother, Kenny Whiteaker and wife Brenda of Norman, and by his sister, Carolynn Boyce and husband Fuzz of Wynnewood, as well as by many nieces, nephews and cousins. He is preceded in death by his mother, Bernice (Whiteaker) Richardson, his father, Roland Whiteaker, and his brother, Larry Whitaker. Memorial services are to be determined. In lieu of flowers, the family respectfully requests donations be made to the Wynnewood High School Marching Band. Memorial services will be held on Thursday July 8, 2021 Graveside at Oaklawn Cemetery in Wynnewood at 10:00 AM officiated by Rev. Harry Smith. Please send online condolences to www.dearmanfuneralhome.com

The family of Robert "Bobby" James Whiteaker created this Life Tributes page to make it easy to share your memories.