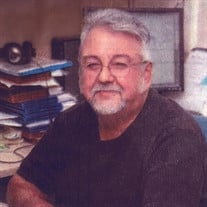 On August 2, 2020, God called Paul Edmundo Esquinaldo, Jr. Home at the age of 67. The world has lost a great father, brother, grandfather and friend! Paul was born on December 28, 1952 in Key West, Florida to the late Rose Marie Lones Esquinaldo and Paul Edmundo Esquinaldo, Sr. Paul Sr. was a District Judge in Key West and Rose raised three sons, Paul being the oldest, Timothy and Steven. While working at several small jobs in Key West, FL as a teenager, Paul left Key West to work for the Federal Bureau of Investigations in 1970 at the age of 18. Paul was bi-lingual and worked as a Finger Print Analyst for the FBI in Washington D.C. In 1971 Paul met Kathryn Jo Bennett in Maryland while both were working for the FBI. In 1972 Paul and Kathy were married in Kathy’s hometown, Fittstown, OK. In 1975 Paul and Kathy moved back to Oklahoma where Paul began working for the Oklahoma State Bureau of Investigation. While working for OSBI he processed many high-profile crime scenes within the state of Oklahoma. During this time Desriee Dawn Esquinaldo was born on December 6, 1978. In 1979 he graduated with a Bachelor of Science in Accounting and Minor in Computer Science. Shortly after receiving his degree Paul decided to change careers and become an accountant, in which he worked for numerous companies over the years and retired from the Key West Citizen newspaper in 2013. Paul had many hobbies over the years including; fishing, boating, karate, building muscle cars, archery, falconry, computer programming and building, photography and playing video games. The last three were his favorite, if he didn’t have a camera in his hand, he was either building a computer or playing on it. Paul is preceded in death by his parents, Paul Sr. And Rose, and also by his brother Steven Blane Esquinaldo. He is survived by his brother Timothy Scott Esquinaldo and DeAnna Esquinaldo (wife); daughter Desriee Dawn Esquinaldo Radde and Dr. Matt Monroe Radde (husband); his grandchildren Blake Eugene Fidler and Kailey Marie Fidler and countless extended family and friends. All held him in the highest regard and loved him dearly. Paul had a huge heart and would rather give a gift than receive! He loved to laugh and dearly loved his daughter and grandchildren. Papa Paul was one of a kind!!! A graveside service to honor the life of Paul will be held at 11:00 AM on Friday, August 7, 2020 at the Tishomingo Cemetery.

The family of Paul Edmundo Esquinaldo created this Life Tributes page to make it easy to share your memories.