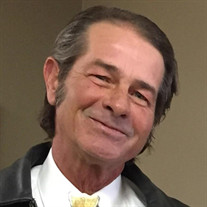 William Murray Corbin, III, was born on June 13, 1962, to William Murray Corbin, Jr., and Joette Corbin. Growing up, Murray excelled in showing cattle and in athletics. He showed Angus cattle all over the United States and won numerous awards including Champion Angus Heifer at the Tulsa State Fair in 1973, Grand Champion Heifer at the 1976 National Bicentennial Angus Show, and Intermediate Champion Female at the National Junior Angus Heifer Show in 1978. Throughout his life, Murray maintained a herd of Angus cattle. In athletics, he played football and was named All District and All Area his senior year. He continued his athletics, playing football at East Central University. Murray was also very active in FFA during high school, serving as president his junior and senior years. He was named Mr. Indian at Tishomingo High School his senior year and also served as president of his senior class. On June 9, 1990, Murray married Laura Jane Hartgraves, and the two would forge a life together for the next thirty-one (31) years. They were blessed with three sons, Cameron, Connor, and Creed. Murray loved to learn about new things and was always competitive. He loved to play outside sports, such as basketball, football, and volleyball, and he also loved inside competition with board games, such as Chess, Checkers, Chinese Checkers, Backgammon, Monopoly, and Pente. He taught all of his sons these board games and enjoyed spending time with them playing board games and playing games outside. He valued other people’s opinions, even if those opinions were different than his opinion. He enjoyed watching the History channel, classic movies, and OU football. During OU football season, most things were scheduled around the time of the OU football game on Saturday, and the usual first game of the year, which was most often pay per view, was always purchased. In October 2000, Murray went to work at Sundowner Trailers in Coleman, Oklahoma, operating a robotic aluminum welder, and he continued to work there until the time of his death. He loved his co-workers at Sundowner and enjoyed their company a great deal. They were truly good friends. Even while working full time at Sundowner Trailers, he continued to be a rancher and take care of a herd of Angus cattle. In the early 1990s, he served as president of the Oklahoma Red Angus Association. He believed in the value of work and appreciated people who also believed in the value of working to make a living. Murray is survived by his wife, Laura, his three sons, Cameron, Connor, and Creed, his mother, Joette Corbin Miner, his father, William Murray Corbin, Jr. (wife Jeanne), his sister, Cristen Moore (husband Richard), his brother, David Corbin (wife Toni), his mother-in-law, Jane Hartgraves, brother-in-law, Fred Hartgraves (wife Becky), sister-in-law, Brenda Hartgraves, and his nieces and nephews whom he loved dearly. Funeral Services to honor and celebrate the life of Murray Corbin III will be held on Saturday, November 27, 2021 at 2:00 PM DeArman-Clark Funeral Home in Tishomingo. Interment to follow at Tishomingo Cemetery. Family hour will be held on Friday from 5:00 - 7:00 PM.

The family of Murray Corbin III created this Life Tributes page to make it easy to share your memories.