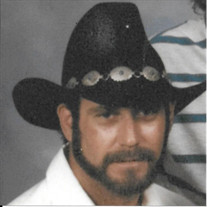 Michael W. Mosley Jan. 20, 1953 –Mar. 20, 2021 Michael Wayne Mosley, 68, passed away Saturday, March 20th at his home in Roff, Oklahoma. Michael had been in declining health for the past few years. He was surrounded by his family as he passed from this life to his new life in Heaven in an unbroken body. Michael was born on January 20, 1953 to Fred and Maryann Mosley in Cleveland, Ohio. It may surprise those who knew Michael as man to learn that he began life as a sickly, scrawny little baby. He was born several weeks premature and remained in the hospital for a time clinging to life. But Michael was a feisty little guy and soon Fred and Maryann would take Michael home to meet his two older sisters Cee Cee (age 3) and Terri (age 2). The family lived in Burton Lake, Ohio until 1958 when they relocated to San Diego, California. Growing up, Michael always enjoyed the outdoors, building model cars and tinkering in the garage with his dad. He didn’t enjoy being tormented by his sisters! But it was all in good fun, and as predicted by Dad, Michael grew up to be bigger than his sisters. There was no retaliation but rather Michael became the Big Brother and protector. Michael attended several elementary schools in San Diego County, Lakeside Junior High and El Capitan High School in Lakeside, CA. In July 1972, Michael joined the United States Marine Corps and served honorably for three years. He was an E-4 when he separated. Michael married in San Diego County in 1975 and the couple welcomed their first child Jesse T. in 1976. Wishing to escape city life and raise his family in a rural setting, Michael moved his little family to Sulphur, Oklahoma where he had spent time with his sister Terri and her former husband. He bought five acres of land near Prairie View and built a small cabin. He added 10 more acres over the next few years. The Mosley’s would have a second child, daughter Shelly in 1981. The pair divorced 1986. Michael loved his life in Oklahoma and was determined to stay so to support his children as a single dad, he earned a commercial trucker driver license and took to the road leaving his children in the care of his parents. It was a perfect arrangement for all. In 1989, Michael’s life would be forever changed when he spotted Carolyn Gordon at Dion’s (nightclub). Carolyn was accompanied by two male friends who Michael assumed were bodyguards because Carolyn was so beautiful he assumed she was a famous model! He mustered his courage and asked her to dance to “Old Time Rock n’ Roll.” The rest is a fairytale love story. The couple married on Valentine’s Day 1990. Michael and Carolyn blended their families; Jesse and Shelly were joined by Carolyn’s children Robert Aaron and Lois Candria (“Candy”) Renteria. They lived first in Sulphur and later moved to Stratford, Oklahoma where they owned and operated a restaurant named Peaches. They eventually returned to the Prairie View property. Over the years Michael also worked as a carpenter. He was a skilled woodworker; a craft he learned from his dad. But Michael loved the open road and driving a truck and returned to that career in the mid-90’s. He drove for different companies before becoming an owner operator. Michael took great pride in his rig – a 1996 Freightliner ¬– and spent countless hours upgrading and maintaining it. Michael retired from trucking in 2011 after an accident left him disabled. Michael was a devout Christian and spent many hours in the service of the Lord at Oak Grove Pentecostal Church. He studied the Bible and was teaching himself Hebrew over the past two years. Michael was the Spiritual Leader and Mighty Prayer Warrior for his family and friends. In January Michael’s health began to fail and he was hospitalized twice before his final stay at the VA Hospital in Oklahoma City. He suffered a massive stroke on March 11. His wish was to come home to be with his wife and family. Michael is survived by his loving wife and soulmate Carolyn of the home; their children Robert of FL, Jesse of Guthrie OK, Jesse’s children Michael W., Jesse T., Amelia and Blaidyn; daughter Candy of Ratcliff, AR, and her sons Mathew (US Army NG), Morgan (US Army) and his wife Hope and their son Sunny Ray; Noah, and daughter Shelly Smith of Palm Harbor, FL. Also left behind are Michael’s sisters Cee Cee Mosley Carini of San Diego, CA and Terri Mosley Carroll and her husband Jerry of Bandon, OR. Michael is also survived by his nephew Michael John McBeth his wife Shannon of Milton, FL and their children Christopher (USAF), Blake, Johnathan (USAF) Marcus (USAF) and Kati. Niece Mariah Terry her husband Rob of Tehachapi and their children Austin (USMC), Trinity, Danielle and Gauge. Nephews Eric Doescher and his wife Natalia and Joey Mosley. Michael truly loved his family and he was devoted to each of them. The family wishes to express their sincere appreciation to the staff of the VA Hospital and caregivers from Kindful Hospice of Ada, and DeArman-Pickard Funeral Home of Stratford. Celebration of Life; will be 2:00 PM Wednesday March 24, 2021 in DeArman/Pickard Chapel Stratford, Oklahoma. Officiating: Rev. Frank Trent.

The family of Michael Mosley created this Life Tributes page to make it easy to share your memories.