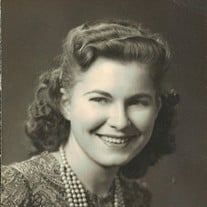 Mealinda (Linda) Bagnall, 99 years young, of Wynnewood, OK, passed away on May 16, 2022. She was born Mealinda Ellen Chandler to parents Onslow and Mary Chandler who lived east of Wynnewood. She grew up on the family farm and went to schools at Chigley and Joy High School. She was the oldest of 6 children, brothers and sisters, Martie, David, Henry, Ruth and O.G. After finishing school, she moved to Oklahoma City and worked at Tinker Air Force base in Oklahoma City. She met Sam Talley at Chigley school, and later they were married, before he was killed while serving during World War II. Later while visiting her sister, Ruth, in Dallas, she decided to move there, and that’s where she met Frank Bagnall, who was an automotive executive for Volkswagon and she was the bookkeeper there. They were married in California in 1966 and retired and moved to Moore, OK. They decided to build a house east of Wynnewood, where she has lived all these many years since then. She worked for awhile for a nursing home, along with both her sisters, Martie and Ruth. Linda was quite the gardener; she loved to grow things in her garden and yard, and always kept chickens for eggs. She and Frank had quite a bit of their land cleared, and even had a private golf course there where Frank could practice his golf playing! And by the way, she also had a pilot’s license and had flown airplanes! Linda also loved digging into ancestral history, and spent many years researching, and even went to England with Frank to gather more information about her ancestors. She was a great seamstress and quilt blocks maker. Linda was also a great painter of portraits and scenery, porcelain and glass, and taught painting for years in her classroom at her home. She was always lots of fun to be around and loved having Christmas parties at her home. She liked to sew special (and funny) presents for her guests! For many years Linda supported the Lost Cherokee Indian meetings held in Ada, Oklahoma, because her mother, Mary, was part Cherokee Indian. Linda is survived by her sister, Ruth McElroy and her brother, O.G. Chandler and his wife Margie Chandler, and many, many nieces and nephews, Gloria Clary, Johnnie Ray Currie, Royce Chandler, Stanley Tomlinson, Larry Currie, Terry Chandler, Ronnie Currie, Candace Whitaker, Charlotte Chronister, Colette McKinney, Anthony Chandler and their spouses, Sandi Chandler, Sheila Chandler, Shirley Currie, Dawn Currie, and many more, and all their children, grandchildren and great-grandchildren. She is also survived by her stepchildren Phillip, Frank Jr. and Callie Bagnall, and all of their and their deceased brother Brian’s children and grandchildren. She is also survived by two of her very special friends, Wilkie “Roho” Flowers and Tina Knighton. Visitation at DeArman’s Funeral Home in Wynnewood, Oklahoma will be held on Friday, May 20th from 5:30 to 7:30, and funeral services will be held on Saturday, May 21st at 11am in the First Baptist Church in Wynnewood. Interment will follow at Oaklawn Cemetery in Wynnewood.

Mealinda (Linda) Bagnall, 99 years young, of Wynnewood, OK, passed away on May 16, 2022. She was born Mealinda Ellen Chandler to parents Onslow and Mary Chandler who lived east of Wynnewood. She grew up on the family farm and went to schools... View Obituary & Service Information

The family of Linda Ellen Bagnall created this Life Tributes page to make it easy to share your memories.