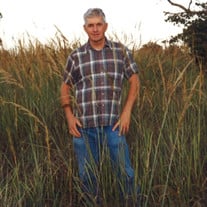 Johnny Gale Russell, 73, of Atoka, OK passed from this life on May 19, 2022 at his home in Atoka, Oklahoma surrounded by his loving family. Johnny was born on September 12, 1948 in Tishomingo, Oklahoma to Johnny Kenneth and Madeline Adelia Graves Russell. He was a graduate of Tishomingo High School and Murray State College. Johnny was of the Baptist faith. Johnny spent his early years living in California and Tishomingo before moving to the Tisdell Ranch in Connerville where he spent several years with his great-grandmother Myrtle Rose Tisdell. His love of ranching and rodeo took him throughout the U.S., riding bareback broncs, saddle broncs, occasional bulls, team roping, and calf roping. He was proud to have been a part of the PRCA from 1973 to 1975. He spent many years in ranching, locally at Coffee Ranch and Thunderhead Ranch. In the early years, he worked on a large ranch in Nevada and in Florida on the Padgett Ranch, where he often told the story of times he swam the Kissimmee River on horseback gathering cattle. Johnny served in the Army National Guard for 6 years and was also a police officer for the Tishomingo Police Department for 6 years, with two of those serving as Chief of Police. He was incredibly skilled in the construction trade and spent time building homes, in commercial construction, or self-employed. In the latter years of his career, Johnny managed County Building Center in Tishomingo for 21 years, before retiring in 2013. Most every morning contractors or friends could be seen gathering in Johnny’s office for a cup of coffee while planning their day. Johnny loved his children and grandchildren. He received great joy in saddling one of his horses and leading the grands around. He was a stern coach with the boys in the roping arena and took great pride in watching them rope and ride. He was always willing to help any young person learn how to rodeo. Johnny is preceded in death by his parents, Johnny Kenneth Russell and Madeline Adelia Thomas; great-grandmother, Myrtle Rose Tisdell; brother, Richard “Ricky” Lewis Wisinger; sister in law, Rhonda Jean Russell, and nephew, Brannon Shane Russell. Those he leaves to cherish his memories are his children, Justin Russell Hart and partner Shay Posey of Ripley; Jon Russell and wife Amanda of Atoka; Joshlynn Russell and partner Jaime Felix of California; wife of 43 years Mellanie Joy Russell of Atoka; brother, Dean Russell of Pontotoc; sister, Carolyn Richardson and husband Rick of Lexington; sister, Susan Whipkey of Ada; brother, Neal Wisinger and wife Rebecca of Tishomingo; 15 grandchildren and great-grandchildren, numerous cousins, aunts, uncles, nieces, nephews, and many friends. In lieu of flowers, the family asks that you consider a donation to the Murray State College Foundation where a memorial scholarship will be established in his name supporting students in the rodeo program. Donations can be sent to: Murray State College Foundation, One Murray Campus, Tishomingo, OK 73460. Funeral Services will be held at 11 AM Wednesday, May 25, 2022 at DeArman-Clark Funeral Home. Interment to follow at Connerville Cemetery. Family hour will be from 6:00 – 8:00 P.M. Tuesday. Arrangements were made under the care of DeArman-Clark Funeral Home of Tishomingo.

Johnny Gale Russell, 73, of Atoka, OK passed from this life on May 19, 2022 at his home in Atoka, Oklahoma surrounded by his loving family. Johnny was born on September 12, 1948 in Tishomingo, Oklahoma to Johnny Kenneth and Madeline Adelia Graves... View Obituary & Service Information

The family of Johnny Gale Russell created this Life Tributes page to make it easy to share your memories.

Johnny Gale Russell, 73, of Atoka, OK passed from this life on...