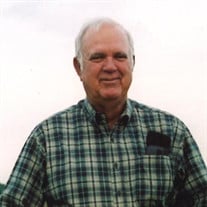 John Euell “The Grouch” Sneed, age 77, passed away peacefully in his home surrounded by his family in the early morning hours on January 3, 2021. John was born on September 23, 1943, in Tishomingo, Oklahoma to Lois Lucille (Tate) and Euell Sneed becoming one of four children. His siblings were Wanda, Bill and Linda. John spent his life in Tishomingo where he attended school and graduated from Tishomingo High School in 1961. He briefly attended Murray State College and like many other young men during that time found himself trying to avoid to draft and enlisted in the National Guard. He spent approximately 6 months of active-duty training and returned to Tishomingo to attend Murray State for a short time. He remained in the National Guard for 9 years after that. He worked as a plumber’s helper her in Tishomingo and for Morgan Portable Building in Dallas until 1965. He met Sharron Ann Callison in the Fall of 1965, began dating in the Spring of 1966, and they married on October 1, 1966. They enjoyed life together quail hunting, fishing, camping and being the fun-loving kids they were. John began working for OG&E in line construction in May of 1966 where he continued to devote his time away from home learning his job until 1967 when he was granted the job in Durant where he worked for another year until a job as a local rep in Tishomingo became open and this became home for 35 years. During that time, they welcome two children, John Bradley Sneed and Debbie Ann (Sneed) Odell. John retired from OG&E at the age of 57. He spent 20 years (1971 – 1991) as a Tishomingo Volunteer Fireman where he retired as a well-known, honorable and respected man of his town. John enjoyed being outdoors, especially duck hunting with his dog Top. He loved checking cows, taking drives through the refuge, playing golf, deer hunting, morning coffee shop visits and more importantly giving people a hard time. He was active in various civic organizations within the community as well. Everyone who knew “The Grouch” loved him! They enjoyed his humor, kind heart, generosity, and loved every minute of his, sometimes, not so nice choice of words. He was a manly man with a heart of gold and a role model for so many. John is survived by his wife of 54 years, Sharron Sneed, of the home; son, Brad Sneed and wife Nikki of Ravia, Oklahoma, daughter, Debbie Odell and husband Brett of Asher; brother, Bill Sneed and wife Barbara of Ardmore; granddaughters, Jordan and Makinzie Odell, Charlee and Jaylon Sneed; grandsons, Matthew Odell and Wyatt Sneed; niece, Monica Bumgarner and husband John of Duncan, Oklahoma and numerous friends who loved him life family! John is preceded in death by his parents, Lois and Euell Sneed; sisters, Wanda Sneed Ward and Linda Sneed Volling; niece, Lisa McDonald and uncle, Ralph Tate. Memorials can be made as donations via GoFundMe account found on the families Facebook Pages in honor of “Grouch’s Final Tishomingo Fire Department Contribution” Gravesides services will be held on Thursday, January 7, 2020 at 2:00 PM at the Tishomingo City Cemetery. A celebration of life will begin after the graveside service at JayComp Development.

John Euell &#8220;The Grouch&#8221; Sneed, age 77, passed away peacefully in his home surrounded by his family in the early morning hours on January 3, 2021. John was born on September 23, 1943, in Tishomingo, Oklahoma to Lois Lucille (Tate)... View Obituary & Service Information

The family of John Euell Sneed created this Life Tributes page to make it easy to share your memories.