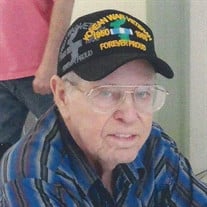 Jerry Roger Blackerby, 87 of Milburn, Oklahoma passed away on Thursday, January 20, 2022 peacefully in the comfort of his home after an extended illness due to kidney failure and dementia. Jerry was born on March 16, 1934 in Stamford, Texas to Lester and Clytis Blackerby. Graduating from Mineral Wells High School in 1951 and went on to attend Brevard Engineering College from 1963 – 1965. He married his best friend, Billie Ruth Morrison on July 8, 1955. Jerry lived many places: West Texas, Oklahoma, Bahama Islands, Florida, Maryland, DFW area Texas and then to Oklahoma (where the love of his life wanted to live out the rest of her life and he was her caretaker right up until she passed in 2011.) Jerry did many things during his working years, being employed with RCA from 1968 – 1979, LTV Aerospace from 1968 – 1979, technical writer for various companies from 1979 – 2002 and also a typesetter at Johnston County Capital-Democrat Newspaper from 2007 – 2011. He loved writing, especially family history and stories and even wrote a couple books about those topics. He was a proud Veteran who served our country overseas during the Korean War in the United States Navy from 1951 – 1955. He really enjoyed working with youth, he was involved in scouting, did magic shows, and coached youth bowling for several years. He was like a second father to many of the kids he met through coaching and many of them still kept in touch with him after all these years. He was also a ham radio operator and belonged to a CB club in DFW area. Jerry was a longtime member of the First Baptist Church in Milburn. He was a very kind, loving family man. He loved his family and enjoyed spending whatever time he could with them. He just loved people in general, he never met a stranger, he could talk your ear off even if he just met you. Jerry is survived by children, Bill Blackerby and wife Becca of Phoenix, AZ, Terry Liles and husband James of Lampe, MO, Jay Blackerby and wife Donna of Palestine, TX and Ken Blackerby and wife Katrena of Lewisville, TX; 16 grandchildren, 33 great grandchildren; siblings, Jani Beth Walker and husband Jeff of Amarillo, TX, Jo ANN Selvidge of Amarillo, Jim Blackerby and wife Carolyn of Amarillo and Jackie Ricks and husband Thomas of Mineola, TX. He was preceded in death by his parents, Lester and Clytis Blackerby; wife, Billie Blackerby. Funeral services will be held at 11:00 AM on Friday, January 28, 2022 at the First Baptist Church Milburn, Oklahoma with Brother Mark McGehee to officiate. Interment to follow at Condon Grove Cemetery. Family hour will be held on Thursday, January 27 from 5:00 – 7:00 PM. In lieu of flowers, a tribute page has been set up for memorial donations to be made in his name to the Alzheimer’s Association. URL:http://act.alz.org/goto/JerryBlackerby

Jerry Roger Blackerby, 87 of Milburn, Oklahoma passed away on Thursday, January 20, 2022 peacefully in the comfort of his home after an extended illness due to kidney failure and dementia. Jerry was born on March 16, 1934 in Stamford, Texas... View Obituary & Service Information

The family of Jerry Roger Blackerby created this Life Tributes page to make it easy to share your memories.

Jerry Roger Blackerby, 87 of Milburn, Oklahoma passed away on...