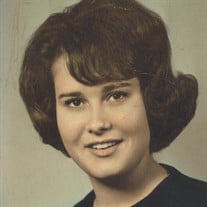 Janis Lynn Bennett Stowers, 73, a resident of Tishomingo passed away on Sunday, October 3, 2021 at Mercy Hospital in Oklahoma City, Oklahoma. Janis was born on January 30, 1948 in Ada, Oklahoma to Obert and Loretta Bennett. She graduated from Madill Highschool in 1966 and went on to attend Murray State College to obtain her degree as an RN in May of 1974. During her high school years, she was a member of the Madill Glee Club and Vocal Music, winning State of Oklahoma Female Vocalist in 1964 with her performance of O Danny Boy. Janis started her nursing career as a floor nurse and later held positions as an ER nurse, critical care, surgical, psychiatric and later retiring as the Director of Nursing. She spent 44 years caring for others and loving every minute of her job. Janis had a dry sense of humor but always willing to go out of her way to help anyone in need. She was a member of the Calvary Baptist Church in Tishomingo. Janis was the daughter of a OHP family. Her dad, Obert, served as a Marshall and Pontotoc County Trooper. Janis’s parents set up the Marshall County EMS in the 1970s. She became a licensed EMT to help her family serve the community; her mom would answer the 911 calls inside their residence in Madill. Janis loved gardening, singing and spending time with her family, especially her grandchildren. A woman who has made a tremendous impact on so many and will be dearly missed. She is preceded in death by her parents, Obert and Loretta Bennett; brother, Don Franklin Bennett. Those she leaves to cherish her memories are her daughter, LeaAnne Bentley and husband Allan; grandchildren, Colby Gray, Kymber Bentley and Maria Bentley; nephew, Obert Dewayne Bennett and wife Jeanie; great niece, Lori Beth Greathouse and husband Johnny; great nephew, Michael Bennett and wife Karla and a host of other family and friends. Funeral Services to honor Janis’s life will be held at 11:00 AM on Thursday, October 7, 2021 at Calvary Baptist Church in Tishomingo with Reverend Larry Strouse to officiate. Interment to follow at Rosedale Cemetery in Ada. Family hour will be from 5:00 -7:00 PM on Wednesday at DeArman-Clark Funeral Home. In lieu of flowers the family request donations to be made to the Shriners Hospital for Children (Attention: Office of Development 2900 Rocky Point Drive; Tampa, Florida 33607) Those serving as pallbearers will be Kenneth Stowers, Obert Dewayne Bennett, Michael Bennett, Richard Page, Paul Roan and Bill Shephard. Honorary pallbearers are Colby Gray, Allan Bentley, and Douglas Stowers.

Janis Lynn Bennett Stowers, 73, a resident of Tishomingo passed away on Sunday, October 3, 2021 at Mercy Hospital in Oklahoma City, Oklahoma. Janis was born on January 30, 1948 in Ada, Oklahoma to Obert and Loretta Bennett. She graduated from... View Obituary & Service Information

The family of Janis Lynn Stowers created this Life Tributes page to make it easy to share your memories.