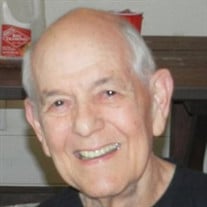 Gene Allen Lafitte, D. Ph., 81, of Tishomingo, Oklahoma, died peacefully at home September 25, 2021. A memorial service for Gene will be held on Saturday, October 2 at Fletcher Auditorium, Murray State College, 1 Murray Campus, Tishomingo, OK 73460 at 11:00 a.m. Serving as honorary Pallbearers will be John Anthony, Jim Harkey, Tom Burch, Bill Corbin, Eddie Fuson, Terrell Holland, Carl Atteberry, Landon Wood, Tom Knowles, Randy Martin, Dennis Camp, Dewayne Wellman, Calvin Harkins, Craig Murray and Mark Eck. Gene was born in Lucien, Oklahoma on August 6, 1940 to William Washington Lafitte and Dollie Estelle Butler Lafitte. He was raised in southern Oklahoma attending Tonkawa and Ardmore City Schools, then graduating from Tishomingo High School in 1958. After the death of Gene’s mother when he was just a teen, many families in Tishomingo helped and encouraged Gene along the way. Some became maternal figures in his life, especially Iva Oberlender, his mother’s best friend. He attended Murray State College and the University of Oklahoma’s School of Pharmacy. During college, Gene played a mean Boogie-Woogie on the piano in his beloved band “The Velvatones”. Before becoming a pharmacist Gene learned of a chance from Joe Bailey Cobb to work on a trail crew for Yosemite National Park. He was honored to have the opportunity for such an adventure. This helped to cement a lifelong love of nature and the wilderness. He was an avid quail and duck hunter for many years and later enjoyed hiking and nature walks. Gene loved his many bird dogs, too. In 1961, while attending the University of Oklahoma, Gene married Anne Glenn. They had two children Glenn and Suzanne. Gene began his career as a pharmacist at Norman Regional Hospital before moving back to Tishomingo in 1965 to open Gene Lafitte Pharmacy. With his new pharmacy, Gene endeavored to fill a void in his hometown by stocking veterinary supplies, vaccinations, and animal health products during a time when there was no local veterinarian. This was the beginning of many dear friendships of the many local ranching and farming families in the area. Gene’s appreciation of his community was evident in the Gene Lafitte Pharmacy Hat Collection that he proudly displayed at the pharmacy. Over the years, members of the community started leaving their hats with Gene. His beloved collection grew to over 200 hats from local families, ranchers, farmers, customers, and friends. That collection has since been donated to The Johnston County Historical Museum in Tishomingo. For over 55 years, Gene enjoyed being a pharmacist serving his community and customers, he said it was the greatest reward of his life. He loved visiting with his customers. One of his great joys was working side-by-side with his daughter, Suzanne, for over 20 years at Gene Lafitte Pharmacy. Gene was also extremely proud of his many hardworking employees over the years, several of whom later became pharmacists. In 2020, Gene was honored by being selected to receive the Ralph D. Beinfang Outstanding Practitioner Award by the Oklahoma College of Pharmacy Alumni Association. Over the years, he served on the boards of Murray State College, First State Bank, later known as Landmark bank, Johnston County Health Department, Johnston County Mental Health, and has served as President of the Chamber of Commerce. Gene was also an advocate of AA. In 1986, Gene married Judy Goins Davenport, gaining a step-daughter, Karen, as well as a beloved mother-in-law in Judy’s mother, Hazel Goins. Gene and Hazel loved to go on Sunday drives in the area and even rode the Heartland Express train from Ardmore, Oklahoma to Fort Worth, Texas. Gene is survived by his wife, Judy, of the home; son Glenn Allen Lafitte and wife, Leah; daughter Suzanne Lafitte; and stepdaughter Karen Davenport and husband, Grant MacManus; grandchildren Taylor Lafitte, Griffin Lafitte and wife, Morgan; Bailey Chronister and husband, Cale; Justin Rankins; and Cortney Davison. Gene is also survived by four great grandchildren. Gene was preceded in death by his parents and his brother, Billy Lafitte. The Lafitte family would like to extend a special thank you to our dear friend Linda Jolly and to Gene’s many caregivers and Victory Hospice of Tishomingo who helped to give care and comfort to Gene over this past year. In lieu of flowers, the family suggests that donations can be made in honor of Gene to any of the following: Ardmore Animal Care, Inc. Animal Shelter, 321 Carol Brown Blvd, Ardmore, OK 73401, 580 223-7070; Murray State College Foundation, One Murray Campus, Tishomingo, OK 73460; The Tishomingo Volunteer Fire Department, 204 S. Capital Ave., Ste. 3, Tishomingo, Oklahoma 73460, 580 371-3051 or online www.tishfire.com; Johnston County Reaching Out, PO Box 773, Tishomingo, OK 73460; Sunshine Industries, 500 Park St SE, Ardmore, OK 73401. Due to the health risks associated with the spread of COVID, please be respectful and social distance as much as possible while attending the services. Masks are respectfully requested. And please note, that if you are feeling ill, please send an online condolence to the family at www.dearmanfuneralhome.com in lieu of attending in person.

The family of Gene Allen Lafitte created this Life Tributes page to make it easy to share your memories.