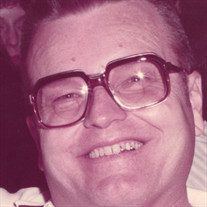 Bobby Eugene Bruce, a resident of Davis was born September 2, 1931 in Wellington, Kansas to Mitchell Earl & Marie (Underwood) Bruce. He passed away Wednesday April 15, 2020 at Davis, Oklahoma at the age of 88 years 8 months and 13 days. In 1947 at the age of 16, Bobby bought his first truck. Trucking became his vocation, for the rest of his life. In 1966, he and his family, moved to Davis, Ok He rented the land where the old drive-in theater used to be and started the Bruce Trucking Company. He also had a cement plant in Davis and Ardmore. He later sold the two companies to Dolese. He built another shop south, and started another Trucking Company. Bruce Trucking Company became the largest trucking company in the area, 55 trucks & trailers and employing many Davis residents who are living today. Bobby kept his truck & trailers immaculate. No matter the age of the trucks, they always looked brand new. After his divorce he met Paula Russell Smith, whom he married in 1971. They incorporated two other companies during this time. In1986 he sold his companies. Bobby and Paula went on the road with the one truck ,they went cross country for 6 years. Then in 1991 they came off the road and bought 5 trucks and trailers and hauled rock; and asphalt locally. During the time on the road, they hired Jimmie Green Palesono to feed their animals which consisted of 2 parrots, cats and dogs. Bobby loved animals. At one time in the early 1970's he had the city pound. People would drop off their pets and stray dogs with no questions asked. The food bill would be several hundred dollars a month. Bobby was always generous with his time and money. He gave to the Davis High School money to buy air-conditioning, sponsor mens bowling team and girls basketball team. He and Paula finally retired in 2011. In 1984 his life completely changed and he was never the same after that. He gave his heart and life to the Lord while watching Jimmy Swaggert. Jesus became the central focus of his life. He was baptized at the Faith Center Church in Sulphur in 1988. He joined the Davis PHC in 2012 where Vernon Carr and Joyce Carr were pastors. After hearing Vernon Carr sing, no other singer would do. His favorite song was "Why Me Lord". Bobby was loved by his family as well as his many friends. God needed another Angel so He called Bobby Home. Bobby you will always be in our hearts He was preceded in death by his father MItchell Bruce his mother. Marie Woods, a daughter: Connie Campbell, 3 Sisters: Marilyn Newenburg, Rhonda Brumbeck, Shirley Bright, 1 Brother: Mervin Bruce, 2 Grandsons: Jason Bruce and Jason Bardin. Survived by his Wife, Paula Bruce, of Davis, OK; Daughter & son-in-law, Sharon & Bo Beavers, of Henderson, TX; Son & Daughter-in-law, Dwight & Teri Bruce, of Edmond, OK; Son & daughter-in-law, Terry Gray & Barbara Gray, of Derby, KS; Step daughter & son-in-law, Billie Reed & Darrell Reed, of Davis, OK; Step Son, Bobby Smith, of Davis, OK; Brother & sister-in-law, Donald Bruce & Aleta Bruce, of Ark City, KS; Brother & sister-in-law, Gary Bruce & Caroline Bruce, of Ark City, KS; Brother & sister-in-law, Ronnie Bruce & Lyndia Gail Bruce, of Ark City, KS; Sister, Janice Sparks of Mustang, OK; Sister & brother-in-law, Sheryl Boughman & Bill Boughman of Ark City, KS; Sister & brother-in-law, Brenda Sexton & Tommy Sexton, of Roff, OK; a son-in-law: Jerry Campbell 6 Grandchildren, and 3 Great Grandchildren, Private Services will be held Friday April 17, 2020 at 10:00AM Graveside at Green Hill Cemetery in Davis (attendees limited to 10 people) .officiated by Rev. Billy Staggs. Burial will be at Green Hill Cemetery under the direction of DeArman Funeral Home of Sulphur. Online viewing of the service will be on the DeArman Funeral Home facebook page We will

Bobby Eugene Bruce, a resident of Davis was born September 2, 1931 in Wellington, Kansas to Mitchell Earl & Marie (Underwood) Bruce. He passed away Wednesday April 15, 2020 at Davis, Oklahoma at the age of 88 years 8 months and 13 days.... View Obituary & Service Information

The family of Bobby Eugene Bruce created this Life Tributes page to make it easy to share your memories.

Bobby Eugene Bruce, a resident of Davis was born September 2,...