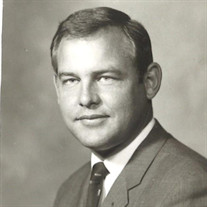 Bobby Joe Willard “Bob”, 83 passed away on Thursday, July 8, 2021. Bob was born on August 2, 1937 in Emet, Oklahoma to the late Fred and Velma (Williams) Willard. He graduated from Tishomingo High School in 1955 and attended Murray State College. Bob was a salesman for 35 years with Pitney Bowes and was a bank courier at Landmark Bank for 5 years. He was very involved in the community; serving on the Murray State College Board of Regents for 14 years and Johnston County Election Board for 11 years. Bob was a member of First Baptist Church in Tishomingo and also attended Freedom Fellowship Church in Fillmore. In His spare time, he enjoyed hunting, fishing, golfing and spending time with his family. A wonderful husband, father, grandfather and friend to so many, He will be greatly missed. Bob is preceded in death by his parents, Fred and Velma Willard; brother, Walter Willard; brother in spirit, Scoot Teel. Those he leaves to cherish his memories are his wife, Judy Willard of the home; daughter, Angie Willard of Oklahoma City; son, Bret Willard of Tishomingo; grandchildren, Bethany Willard-Robinson and husband Dakota of Caddo, Hunter Willard of Mannsville; sister-in-law, Mary Ann Willard of Ft. Smith, Arkansas; sister in spirit, Ann Teel of Harlingen, Texas; 1 nephew, 1 niece, 2 great nephews, 1 great niece all of Ft. Smith, Arkansas. A private family service will be held at a later date. Arrangements under the direction of DeArman-Clark Funeral Home.

The family of Bobby "Bob" Joe Willard created this Life Tributes page to make it easy to share your memories.