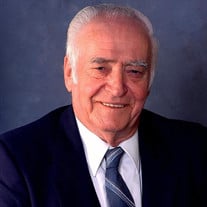 Billy Joe Garrison, a resident of Shawnee was born February 19, 1937 in Sulphur, Oklahoma to Franklin & Edna (Holt) Garrison. He passed away Wednesday June 2, 2021 at Shawnee, Oklahoma at the age of 84 years 3 months and 13 days. Bill graduated from Mill Creek High School in May of 1955. He enlisted in the U.S. Navy in August 1955 and attended basic training in San Diego and O-branch school in Imperial Beach, CA. His naval assignments as a communications cryptologic technician over 20 years, in order, were Navy 85, Waiawa, HI; NCS Guam; NSG HQ Washington, D.C.; NCS Adak, AK; NCS San Miguel, Philippines; NAVSECSTA Washington, D.C.; NAS Guantanamo Bay, Cuba; NSGD Groton, CT. He retired from the Navy, transferring to the Fleet Reserve in December 1974. In 1975 he joined the Civil Service in similar capacity to his Naval service serving at the Naval Underwater Systems Center in New London, CT. He left that service in 1983 to become a cross-country truck driver for the next 21 years, maintaining his home in Connecticut. He retired in 2004 and moved to Sioux Falls, SD. In 2008, moved to Mill Creek, OK and moved again in 2015 to Shawnee, OK, where he lived until his passing. Bill married his first wife, Geraldine (Bartley) Garrison of Pittsburg, KS in 1957. They met in the Navy and she passed away February 20, 2000. He had two children with her, son Terrall and daughter Sheila born in 1958 and 1960 respectively. Sheila passed away May 27, 2016 and Terrall lives in Norwich, CT. Bill is survived by one sister, Elayne Jones of Bloomington, CA. His brothers, Frank and Bob are deceased. He married his second wife, Theresa (Hoffman) Garrison, of Buffalo, NY in 2008. She passed away January 14, 2021. Bill enjoyed attending his children’s activities when they were young and coached when needed. He also liked to fish on occasion and spent much of his retirement traveling with Theresa to the many casinos in Oklahoma. He also liked country music (the real kind) and watching old western movies. Memorial donations in his honor may be made to the Fisher House Foundation. Https//fisherhouse.org or call 301-294-8560 Service will be held. at 1:00pm Monday June 7, 2021 at DeArman Funeral Chapel in Sulphur Graveside service will be held 11:00AM Tuesday June 8, 2021 at Fort Sill National Cemetery. Elgin, Oklahoma under the direction of DeArman Funeral Home of Sulphur. Online condolences may be sent to www.dearmanfuneralhome.com

Billy Joe Garrison, a resident of Shawnee was born February 19, 1937 in Sulphur, Oklahoma to Franklin & Edna (Holt) Garrison. He passed away Wednesday June 2, 2021 at Shawnee, Oklahoma at the age of 84 years 3 months and 13 days. Bill... View Obituary & Service Information

The family of Billy Joe Garrison created this Life Tributes page to make it easy to share your memories.

Billy Joe Garrison, a resident of Shawnee was born February 19,...