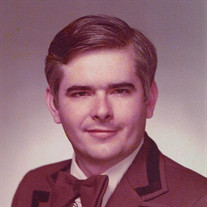 Doctor Albert John Geiger was born in Tulsa in 1943. He was a graduate of Berryhill High School, then received a Bachelor’s degree in Chemistry from Oklahoma Baptist University in 1966. While in the Air Force, stationed in Shreveport, Louisiana, he received a Bachelor’s degree in professional aviation with honors from Louisiana Tech and achieved the rank of Captain. He did graduate work at The University of Oklahoma through the Air Force and then graduated from the Kansas City College of Osteopathic Medicine. He completed his internship in Warren, Ohio, before opening his general family practice in Wynnewood, Oklahoma. Throughout his life he was committed to various causes and research. An Eagle Scout himself, he volunteered as a Cubmaster for the Wynnewood Cub Scout Pack. He took particular interest in collecting research materials, books, maps, railroad memorabilia, newspapers, and clips of his favorite television show, The Lawrence Welk Show. He was first influenced to become a doctor at twelve years old after watching an old movie featuring a small town doctor with a desirable lifestyle. Through many obstacles, he achieved his goal and was once quoted as saying, “I love being a doctor. It’s a good feeling.” He did indeed love his life’s work and even kept his medical license current until his passing. Dr. Geiger is survived by his loving wife of 24 years, Matilde San Martin. His children; Randall and Anissa Geiger, Morgan and Karsten of Choctaw, Oklahoma; Garrick and Laura Mitchell, Sarah, Isaac and Hannah of Denver, Colorado; Alan and Rachael Geiger, Cecelia and Vivian of Stroud, Oklahoma; Jill Geiger and Brandi Shephard, Dylan and Reese of Oklahoma City, Oklahoma. His siblings; Gere Peckinpaugh of Stevensville, Montana; James and Martha Geiger of Berryhill, Oklahoma; Janelle Borden of Norman, Oklahoma, and several cousins, nieces, nephews and friends. He is preceded in death by his parents, Albert and Laura Belle Geiger. Services will be held on Tuesday May 28, 2019 at 1PM at DeArman Funeral Chapel in Wynnewood, OK with burial following at Oaklawn Cemetery in Wynnewood. Services are under the direction of DeArman Funeral Home of Wynnewood. Please send online condolences to www.dearmanfuneralhome.com

Doctor Albert John Geiger was born in Tulsa in 1943. He was a graduate of Berryhill High School, then received a Bachelor&#8217;s degree in Chemistry from Oklahoma Baptist University in 1966. While in the Air Force, stationed in Shreveport,... View Obituary & Service Information

The family of Dr. Albert John Geiger created this Life Tributes page to make it easy to share your memories.